(Paraphrased from the movie “Back to the Future II”)

With Canada due, on December 1, 2016, to admit any citizen of Mexico without a visa …..what good is a wall across the southern border of the US? 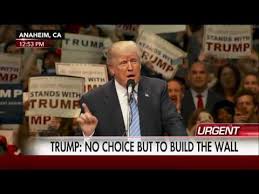 An article by Stuart Anderson in the Wall Street Journal dated September 12, 2016 says that Canada will begin to admit citizens of Mexico without obtaining a visa. Just fill in the form online and go to Canada.

Once in Canada if such person wants to enter the US without a visa there is nearly 4000-mile-long US Canadian border which is very porous. How would the proposed southern US wall stop this scenario? 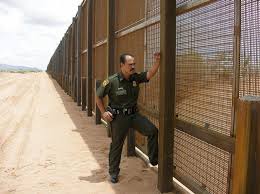 The idea of the proposed wall on the southern US border is to stop people who do not have a visa from entering the US without permission. However, even if such a wall is actually built there never was a wall where a ladder can’t be built to scale such wall, i. E., if you build a 10-foot-high wall someone will simply get an 11-foot-high ladder!

Never-the-less, such people, at least those born in Mexico who seek to enter the US without a visa, will have a second way to do so and a much longer border to do it, one that is sparsely guarded.

Also, interestingly, now Mexico wants to build a wall on their own southern border to keep out people entering southern Mexico without a visa from Central America. Mexico has not said who will pay for such a wall.