Our phones are ringing off the hook today with the President Trump’s latest executive orders. Here is an important notice that pertains to green card holders or legal permanent residents of the USA.

Upon returning to the U.S., Legal Permanent Residents (LPR) should not automatically surrender their green cards if asked to do so. An individual does not lose LPR status as a result of time abroad. They remain an LPR until a final order of removal is issued and the government must prove abandonment by clear, unequivocal, and convincing evidence which a higher evidentiary standard than clear and convincing. See Matter of Huang, 19 I&N Dec. 749 (BIA 1988). Form I-407 must be signed voluntarily and there are no potential negative ramifications for refusing to sign. Neither failure to sign nor abandonment is grounds for detention. Rather, an LPR who refuses to sign Form I-407 must be issued a Notice to Appear (NTA) so that an immigration judge can determine whether they have lost their LPR status. 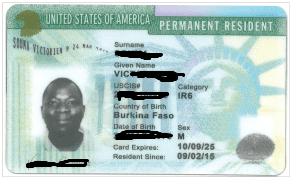 When abandonment is raised, clients should be advised to offer evidence of the following: their ties to the U.S., the purpose of their visit outside of the U.S., and the expected termination date of the visit abroad or occurrence of facts showing why a date certain is or was not possible. See precedent decision Matter of Kane, 15 I&N Dec. 258 (BIA 1975).

The burden at this stage is preponderance of the evidence, which is more likely than not (more than 51%) that your client did not abandon. See Matter of Y-G-, 20 I&N Dec. 794 (BIA 1994). Totality of the circumstances are relevant and must be considered. If the officer is nevertheless, not convinced, your client should ask for a hearing before an immigration judge. If the client’s green card is confiscated, the client must be provided with alternative evidence of their LPR status, such as an I-94 and/or passport stamp that says “Evidence of Temporary Residence.”

Abandonment of residence is not a ground of inadmissibility. Thus, the basis for the NTA is violation of INA §237(a)(1)(A) for being inadmissible at the time of admission because LPRs travel abroad and reenter the U.S. as “special immigrants” per INA §101(a)(27). If the LPR’s visit abroad was not in fact “a temporary absence” he or she is not admissible as a “special immigrant.” The lack of special immigrant status is what ultimately makes them removable. In this situation, the government bears the high burden of proving abandonment of LPR status by clear, unequivocal, and convincing evidence. An LPR who is placed in removal proceedings, doesn’t lose his or her status until a final order of removal is issued. See 8 CFR §1.2 (defining “lawfully admitted for permanent resident”).